This new video shows my process in creating a mini project for a present for my godson, who is a big fan of Manga and anything Japanese.

All I had to start with is this cut out from a comic book (not even a Manga, it’s from Marvel Essentials X-Men, I think!!) and I knew I wanted to incorporate some Japanese writing.

Supplies Used For This Mini Project

I started by roughly spreading some colours with my Catalyst tool. I wanted a messy darkish background. I picked the purple to stay in the same tones as my cut out picture, and the Lapis blue to make it more boyish. I let the colours mix then dried with a hairdryer.
It was a little bit too dark for me, so I added some white to lighten it up. But when I added the white, I did put too much and had to wipe some off with a rag. As some of the paint from the first layer was not 100% dry, it mixed a little bit with the white and created nice variations of the colours used. Another happy accident.
As this time it was too light, I added some more blue paint to break it up.

I then glued my comic book cut out using matte gel medium on the surface and on top of the cut out in order to seal it properly. Some of the white paint wasn’t dry yet so it smudged a bit on the picture, but I was fine with it as it helped disguise the edges of the cut out and embed it more naturally into the background.
I finger-spread black heavy body paint around the edges of the image to disguise them and on some parts of the background to bring unity to the piece and break even more some of the still-light areas. It gives the piece a very grungy look, which fit perfectly with the theme of this project,

I applied clear gesso on the areas of the painting I was planning to write on. The clear gesso breaks the plastic effect of the acrylic paint (this particular heavy body paint has a slightly satin finish, making it very difficult to draw or write on using certain media) and acts as a primer.

I used my black carbon ink fountain pen from Japan (fits with the theme here!! I love this pen to draw with. It is very smooth but precise – if you want to – and the ink is permanent and truly waterproof – as long as it’s completely dry when you apply wet medium on it) to outline and redefine the face’s features on the comic book cut out, smudging my lines for the shadows while the ink was still wet.
I googled “manga in Japanese” on my phone to get my Japanese writing. I started writing the characters with my fountain pen, but it would not work very well. I then tried a black Sharpie, but still unsuccessful, the nib was drying. I realised that my clear gesso wasn’t completely dry. I could have grabbed my hairdryer, dried it completely and carried on, but the impatience in me told me to grab some black craft paint (more liquid than my heavy body range) and a paintbrush, and just paint the characters!! I did start to dry it! Lol! That worked a treat though. I was one character short as I ran out of room (luckily, that was the trickiest one!!)

I used the rest of the black paint on my brush to darken the edges of the canvas and make them grungy and quite prominent, and created a black “bamboo-style” frame around my image. I darkened some more areas of the background as well.
I then added some lighter areas of white paint to break it up a little bit. This is a process that Alisa Burke calls the “push and pull”, constantly creating contrast and adding depth and interest to the piece.

And for my finishing touches, my beloved glitter brush pen!! I highlighted the Japanese characters, the frame, as well as the bottom lip and the eyelids of the cut out face (natural highlights). It really made the whole piece lift up and add something a little bit more special and interesting. 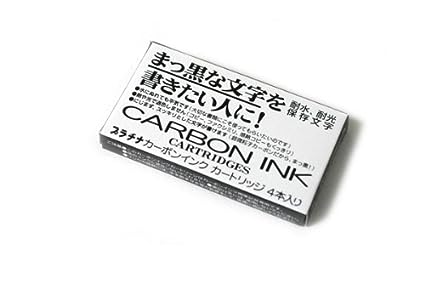 And some close-up of this mini project:

My Classes on Udemy